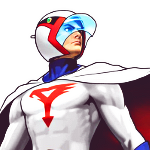 Hello, my name is Lily Ford and I've been a member of Wiki and the Cloverpedia since 2008. I joined Wikia in 2008 to fix the speculative and incorrect information that had been uploaded onto the Cloverpedia. For most of 2008, I devoted most of my time writing (or rewriting) biographies and descriptions of characters and things tied into the Viral Marketing and film.

When all was said and done, this place became a reliable source for all things Cloverfield. I am one of several administrator of this site, but as of 2013, I'm the only one still active, albeit not as much as I was back in '08 and '09. During my absence between the years 2010 and 2013, I noticed a lot vandalism that occurred my absence. I've been, sporadically going through everything again to make sure nothing has been screwed up again.

Naturally, if you have any questions please visit my Talk page. Thanks for visiting this place!

So, chances are, if I'm not here, then I'm elsewhere. I've largely been attempting to renovate Wikia I adopted or co-admin during my novice years on wikia (2008-2009, give or take) to make them functional and appealing. If you haven't noticed, I tend to be attracted to the "small fandom" communities (those with the lowest activity and popularity). The Pacific Rim Wiki might be the biggest Wikia I've ever managed or participated in after the Cloverfield Wiki in its heyday.

Retrieved from "https://cloverfield.fandom.com/wiki/User:Lily_Ford?oldid=7607"
Community content is available under CC-BY-SA unless otherwise noted.