Start a Wiki
watch 01:43
10 Cloverfield Lane: Official Trailer
Do you like this video?


10 Cloverfield Lane is a 2016 American science fiction mystery thriller film and the directorial debut of Dan Trachtenberg. The film is written by Josh Campbell, Matthew Stuecken, and Damien Chazelle and stars Mary Elizabeth Winstead, John Goodman and John Gallagher Jr. The film started as a script titled The Cellar, but during production under Bad Robot Productions, was rewritten to fit what J. J. Abrams Cloverfield Universe. The film was released on March 11, 2016, in regular theaters and IMAX.[4]

"Waking up from a car accident, a young woman finds herself in the basement of a man who says he's saved her life from a chemical attack that has left the outside uninhabitable."
—IMDB.com[5]

After a car accident, a young woman wakes up in an underground cellar, where most of the action takes place. She fears she has been abducted by a survivalist, who tells her he saved her life and that a chemical attack has left the outside world uninhabitable. Uncertain what to believe, she decides she must escape, no matter what dangers she may face outside.[6]

Following an argument with her fiancé Ben, Michelle leaves New Orleans and drives through rural Louisiana. Late at night, she turns on the radio only to hear that there were continuous blackouts in major cities. Distracted by a call from Ben, Michelle gets into an accident and is rendered unconscious. She wakes up in a concrete room chained to a wall, and is approached by a man named Howard, who explains that an unknown attack has taken place and that he brought her to his bunker after finding her on the side of the road. Michelle meets Emmett, another survivor who witnessed the attack and fled to Howard's bunker. During dinner, an unconvinced Michelle steals Howard's keys and tries to escape, but discovers Leslie, a woman suffering from a severe skin infection, begging to get into the bunker. When Leslie dies from the infection, Michelle realizes Howard was right and stays.

As time passes, the trio begins adapting to living underground, and Michelle learns of Howard's daughter Megan. When the air filtration unit breaks down, Howard asks Michelle to climb through the air ducts to reset the system. She discovers a window with the word 'HELP' scratched on the inside and a bloody earring that she recognizes from a picture of Megan. She shows the picture to Emmett, who recognizes her as a missing girl from his high school, Brittany. They then discover a polaroid of Brittany wearing the same clothes loaned to Michelle. They realize that Howard abducted and murdered Bethany. Knowing Howard is dangerous, they begin to plan an escape and fashion a biohazard suit, but Howard discovers what they are doing. In defense of Michelle, Emmett accepts the blame and claims he was creating a weapon to steal Howard's gun, wanting Michelle to respect him instead of Howard. Howard promptly executes Emmett with a revolver.

Michelle works to complete the biohazard suit but Howard finds it, who realizes her intentions. Exposed, Michelle makes her escape attempt and is cornered by Howard. She then dumps a vat of perchloric acid on him, severely burning him and inadvertently starting an electrical fire. She climbs back through the air ducts despite the burnt Howard's protests that "You can't run from them", puts on the suit, and escapes outside, where she realizes the air is not toxic. Moments later, a techno-organic extraterrestrial craft appears in the distance.

The underground bunker then explodes from the fire, killing Howard in the process and attracting the craft's attention. Michelle is attacked by both the craft and a creature on the ground. The craft releases toxic gas, forcing her to take shelter in Howard's truck, which is then picked up by the craft as it attempts to consume her. However, Michelle assembles a Molotov cocktail and throws it into the craft, destroying it.

Afterwards, Michelle drives away in Leslie's car. While doing so, she accidentally and unknowingly hits the mailbox, causing it to fall off onto the road and revealing the address: 10 Cloverfield Lane. While scanning through the car's radio, she hears a distress call claiming human victories against alien invasions on the Southern seaboard and instructing survivors to evacuate north of Baton Rouge while asking for anyone with medical or combat experience to proceed to Houston. Stopping the car to listen to the entire message, she notices a traffic sign, with one direction pointing to Baton Rouge and another pointing to Houston. After stopping briefly, she chooses to travel to Houston. An even larger alien ship is seen floating aloft as she drives toward city lights in the distance.

The film originated from an "ultra low budget" spec script penned by John Campbell and Matt Stuecken titled The Cellar.[8][9] The Tracking Board included the script in "The Hit List" of 2012[9] – an annually published list of spec scripts written within the year that has impressed its voting members.[10]

In 2012, Paramount Pictures bought the script and commenced further development under Bad Robot Productions. Bad Robot was developing it for Insurge Pictures, Paramount's specialty label for films with a micro-budget. Due to Bad Robot's involvement, the film was assigned the codename Valencia to keep exact details of the production a secret.[11]

After rewrites of Campbell and Stuecken's draft were written by Dan Casey, production for Valencia was greenlit to begin in the Fall of 2014 under the direction of Dan Trachtenberg. A budget of about $5 million was reported to be expected, in keeping with the mandate of Paramount's Insurge division of producing micro-budgeted films.[12]

Principal photography on the film began on October 20, 2014 in New Orleans, Louisiana.[6] Scenes involving explosions, fire, and smoke were shot in Hahnville in early December 2014.[16] Filming ended on December 15, 2014.[17] Bear McCreary composed the music for the film.[18]

In a March 2015 interview, a few months after production wrapped, Winstead was asked about her experience during Valencia and described it as a "really contained film", reiterating the premise of The Cellar about a woman being trapped with her mysterious savior in a supposed post-nuclear fallout world.[19] Later in the month, Insurge Pictures was reported to have been dismantled and its staff absorbed by its parent company. Insurge's only film that had yet to be released was reported to be Valencia.[20]

The film's final name was revealed on January 15, 2016, when a trailer for the movie was attached to 13 Hours: The Secret Soldiers of Benghazi. Paramount, on the behalf of producer J. J. Abrams, released a statement about the movie being "a blood relative" of Cloverfield, an idea that came to them during production. The final movie credits Damien Chazelle in addition to Campbell and Stuecken for its screenplay.[21] Speaking of the rewrites that took place during production Winstead called them "nothing that was major".[22]

A hypothetical sequel to Cloverfield was often discussed with the press by Drew Goddard and Matt Reeves, writers and directors of the 2008 film, but they were uncertain to say when they would find the time to get together along with Abrams to develop it, as they were busy with other projects.[23][24] 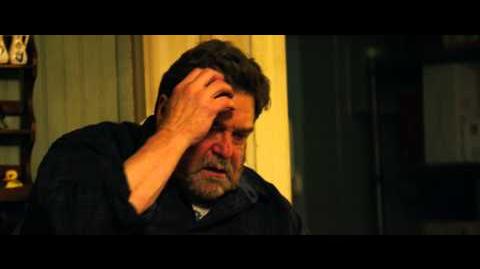 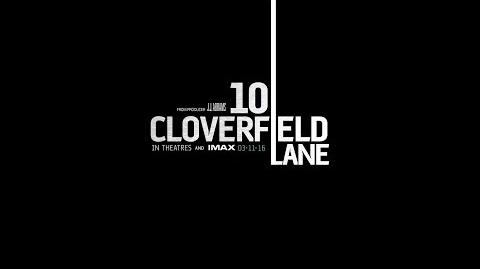 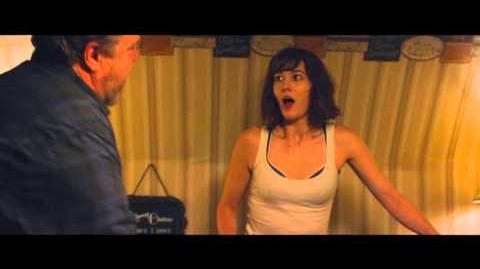 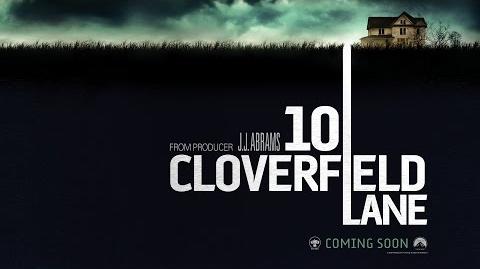 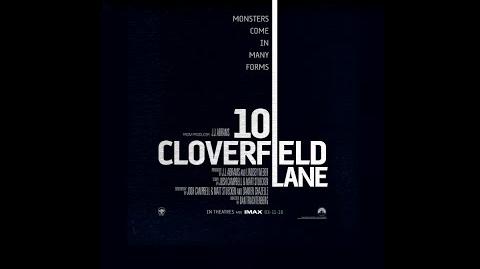 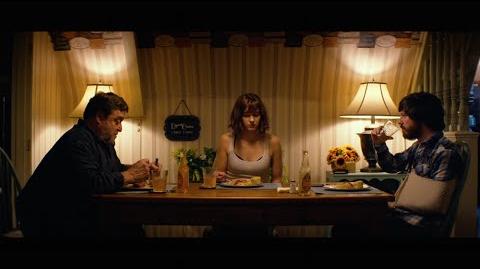 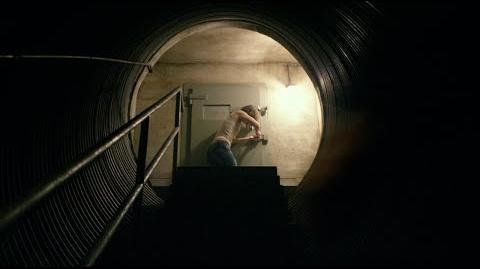 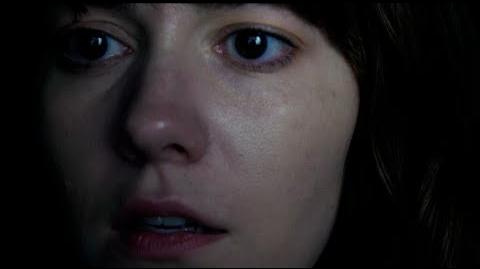 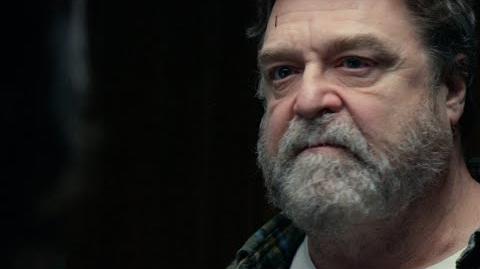 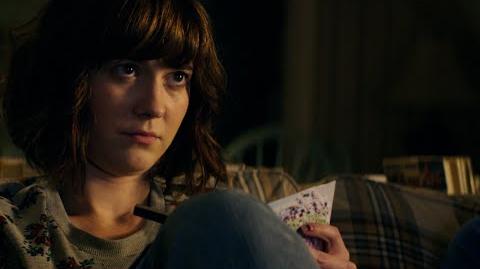 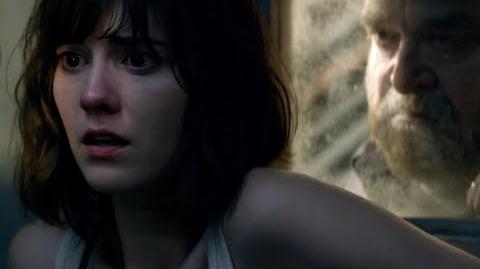 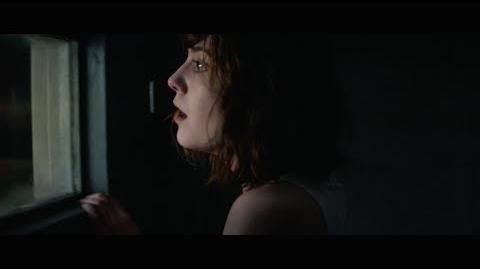 Retrieved from "https://cloverfield.fandom.com/wiki/10_Cloverfield_Lane?oldid=8561"
Community content is available under CC-BY-SA unless otherwise noted.